As cold and weird as this might sound, there's always an allergy to love during fashion week dates, specially right now at New York - editors are not much into exciting emotions this season and much less with the current climate. Last night, however, Moncler Grenoble reassured that there's love even in the most extreme weather conditions, and specially on a Valentine's day. The stage - think of a heart shaped red chocolate box - with rectangular grids on it's interior, included elevators with couples from all genders. As the show progressed, the elevators started to come out of the grids, revealing the different looks from the collection. All of them stoping at different heights in order to showcase the group of different couples, decked out in Moncler Grenoble's down-filled jackets and precise winter quilting. There were all kinds of heavy winter gear, thus to mention the sports that those outerwear pieces belong to: skiing, snowboard, fishing, polo and also a bride and groom ensemble for the lovers who might like the idea to get married in either the north or south poles.
It was interesting the presentation wasn't as massive in models as it was past February of 2014; I guess this was an intimate, special night. Even the presentation's soundtrack played love songs in different languages alongside love messages in different idioms, displayed in loops on a led light board. It was a red room full of love, but once the presentation was done, we returned to the cold reality. 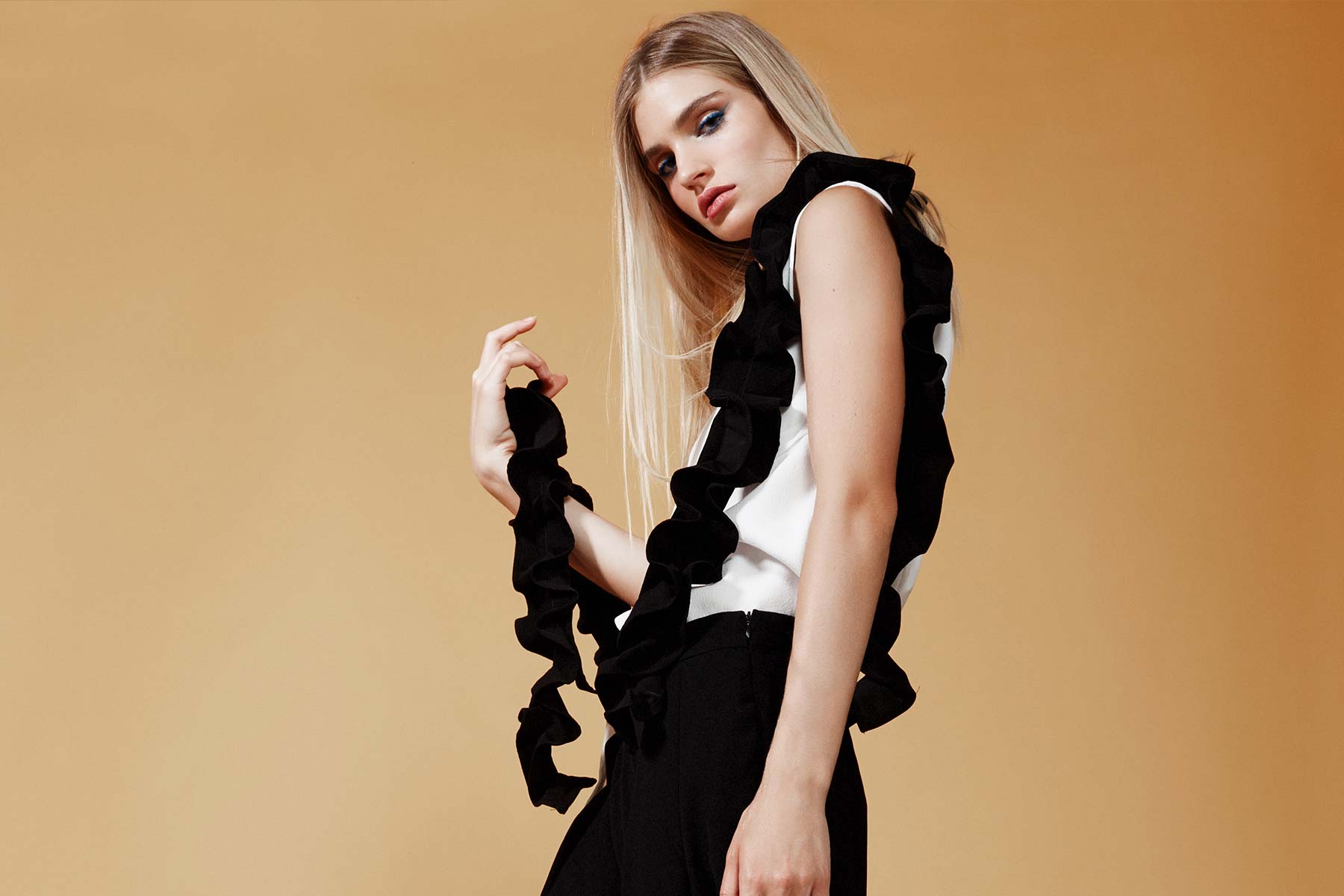 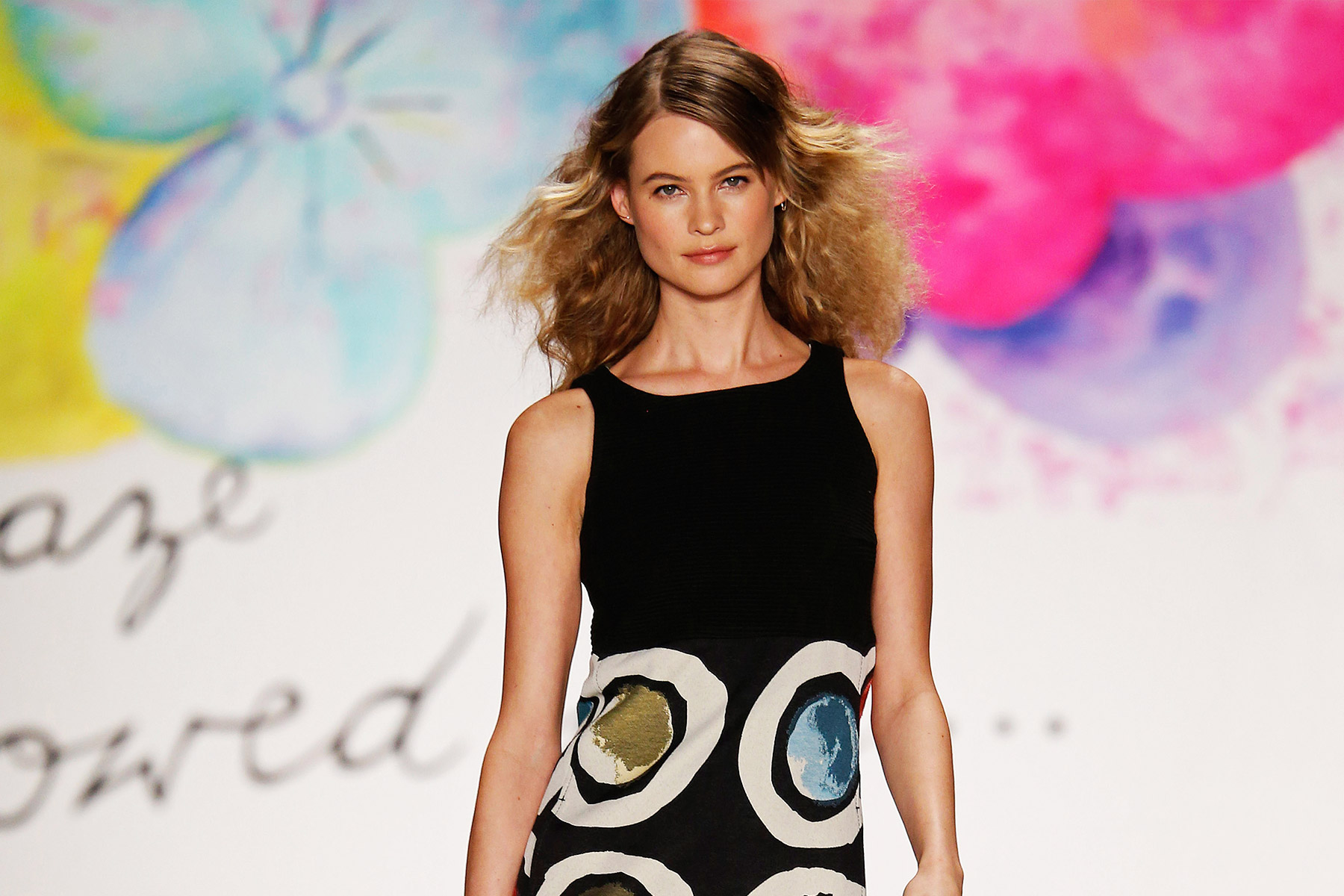 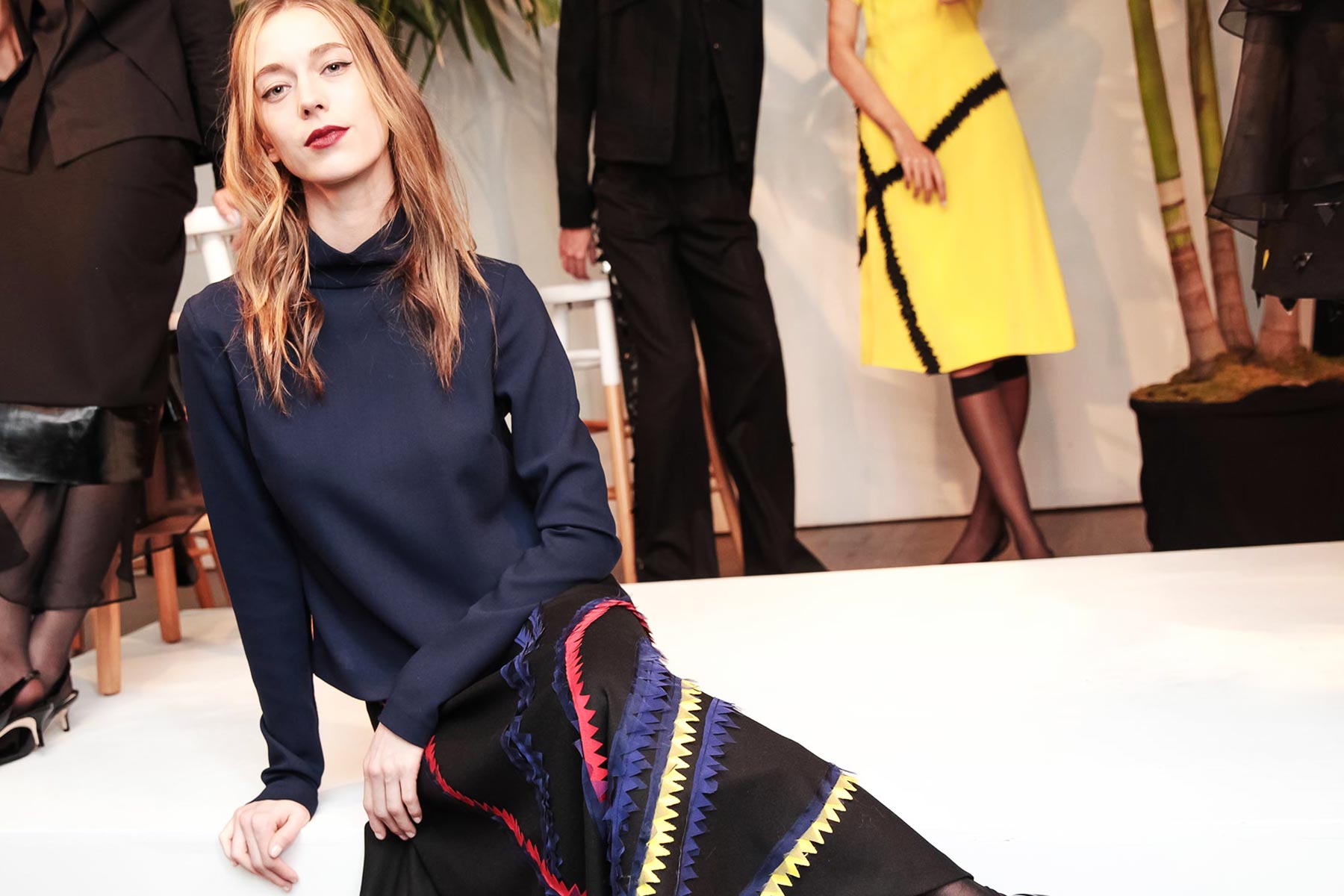 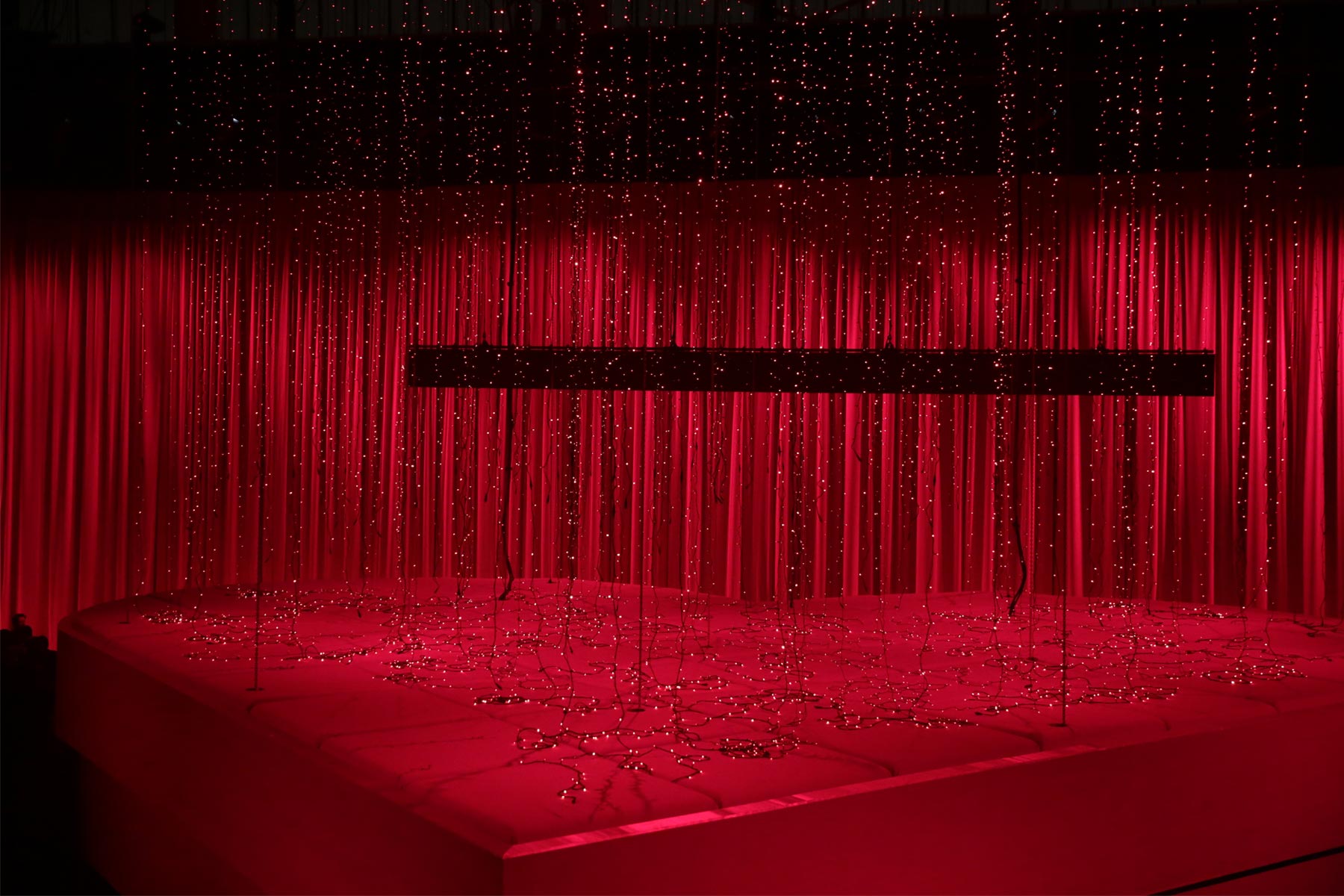 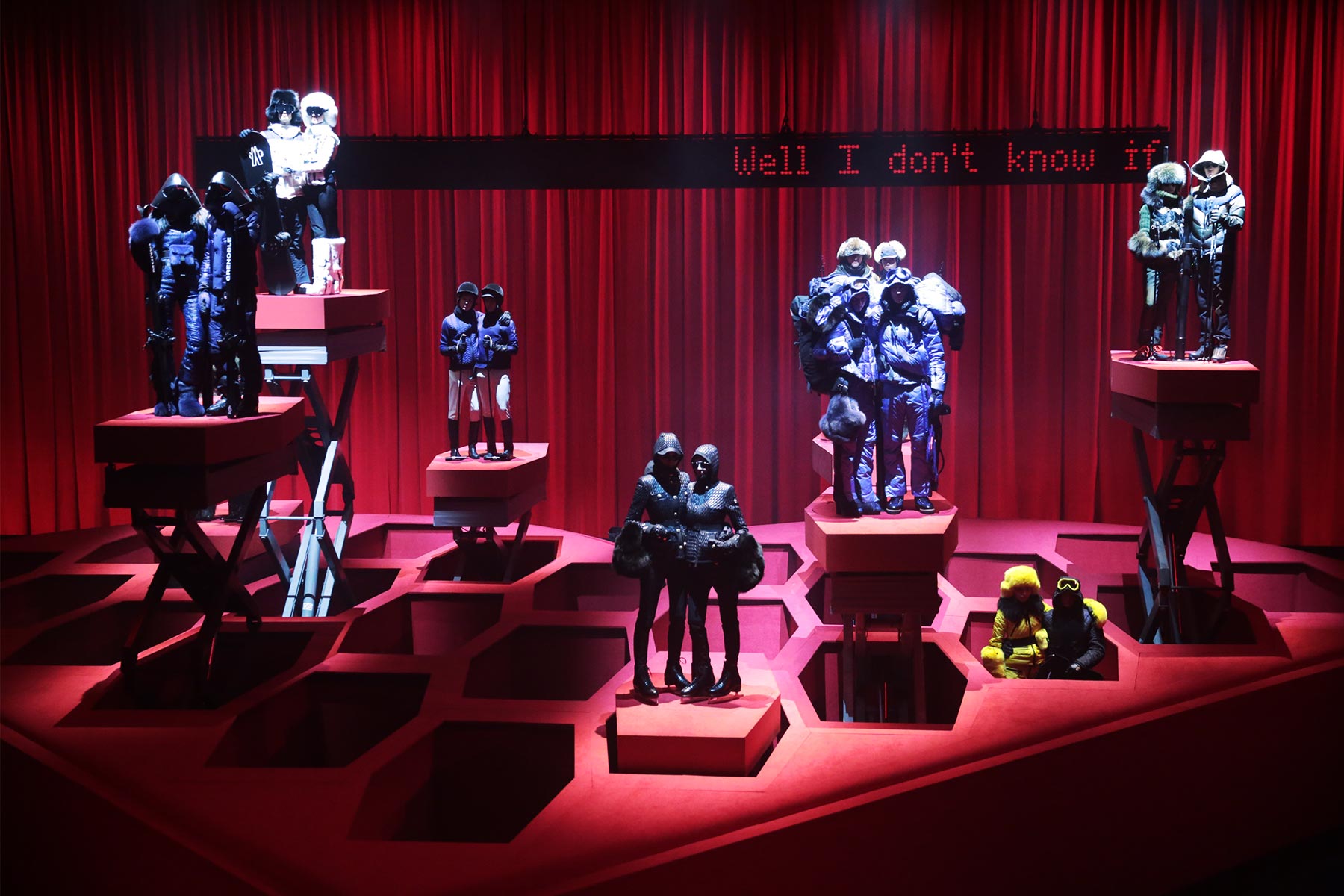 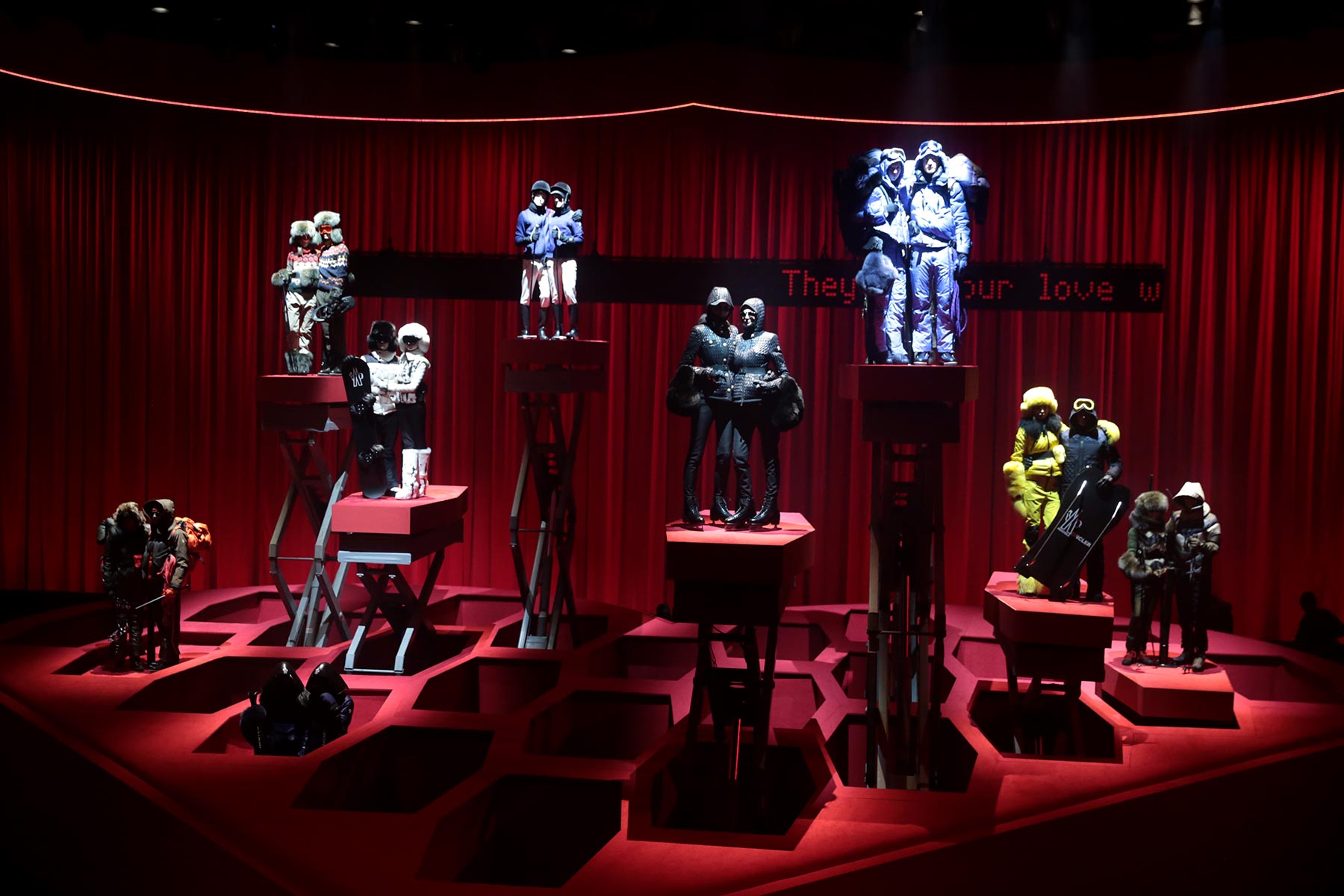 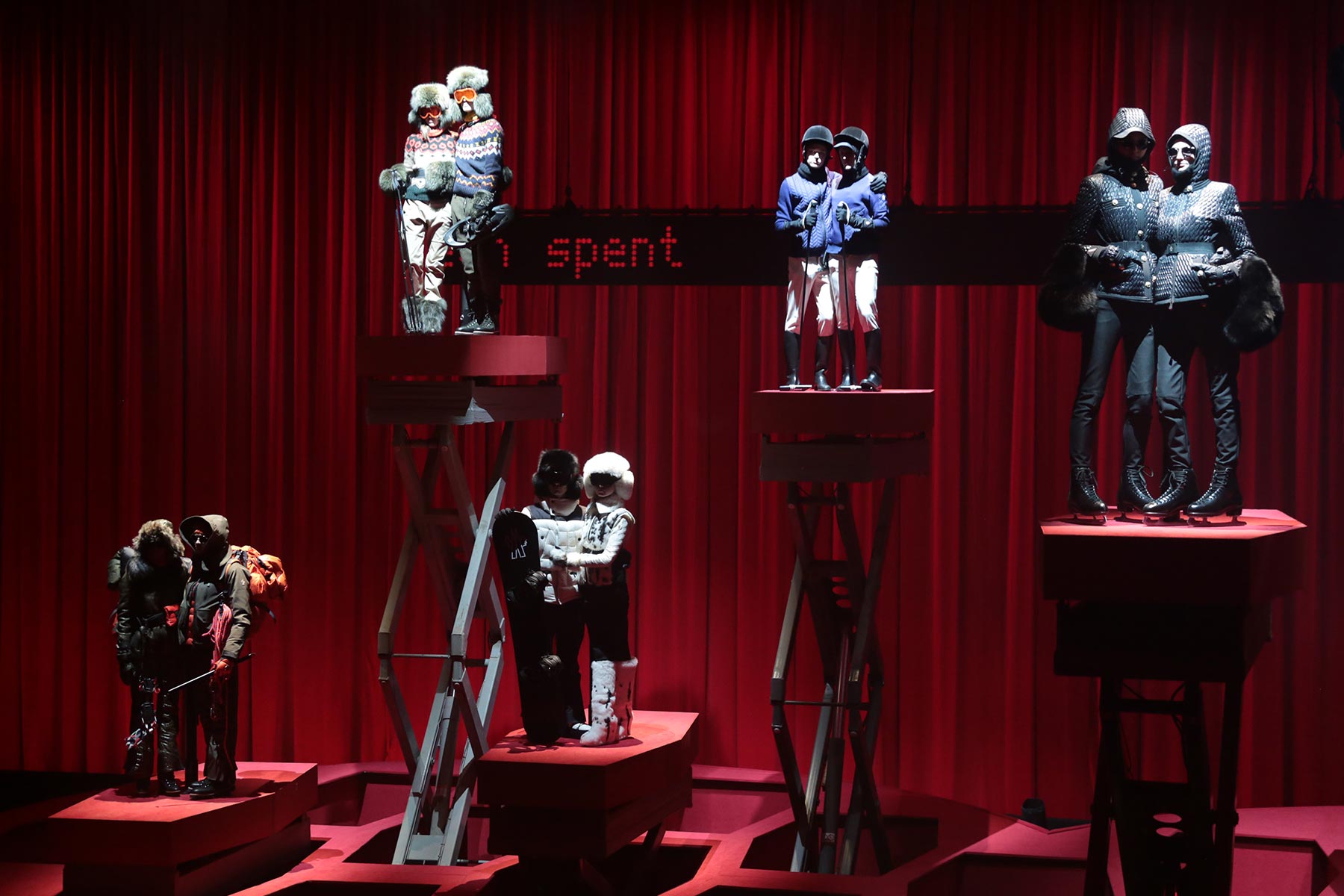 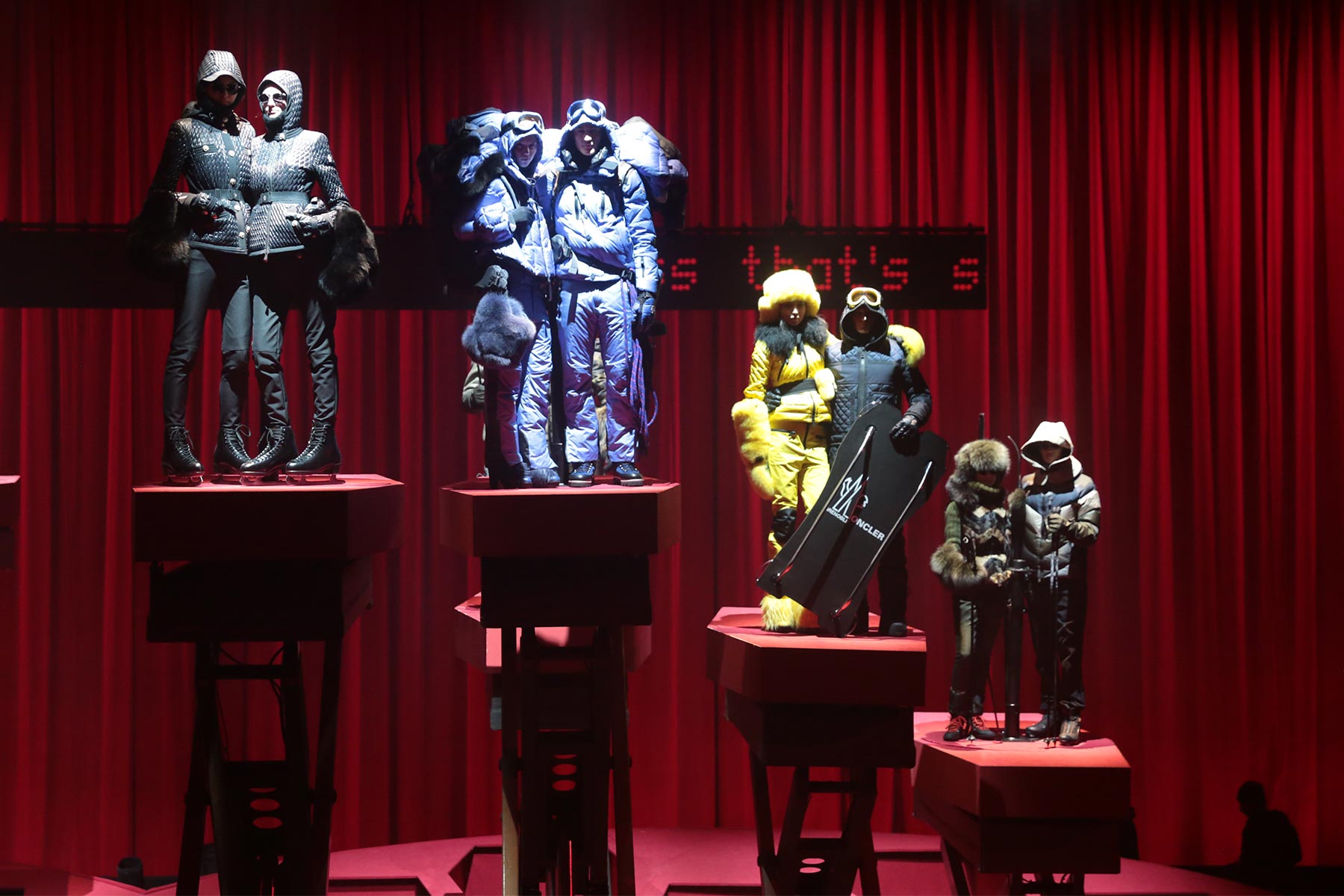 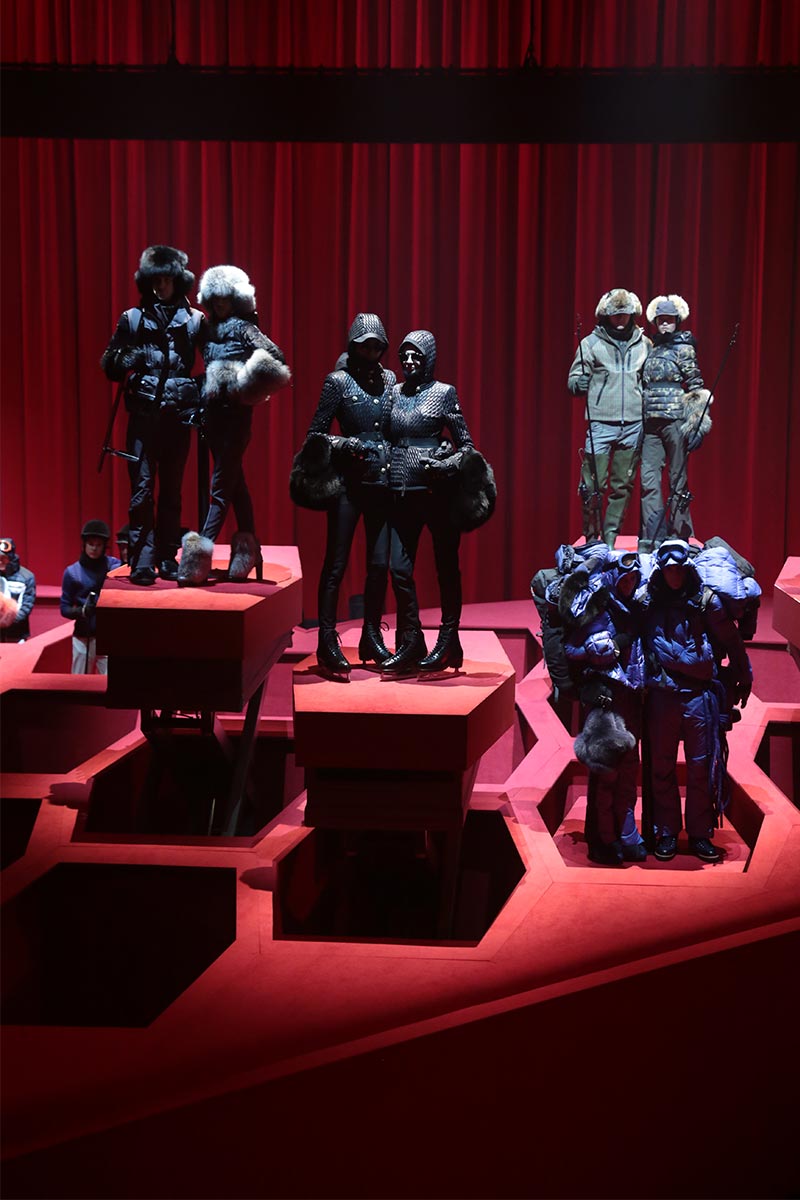 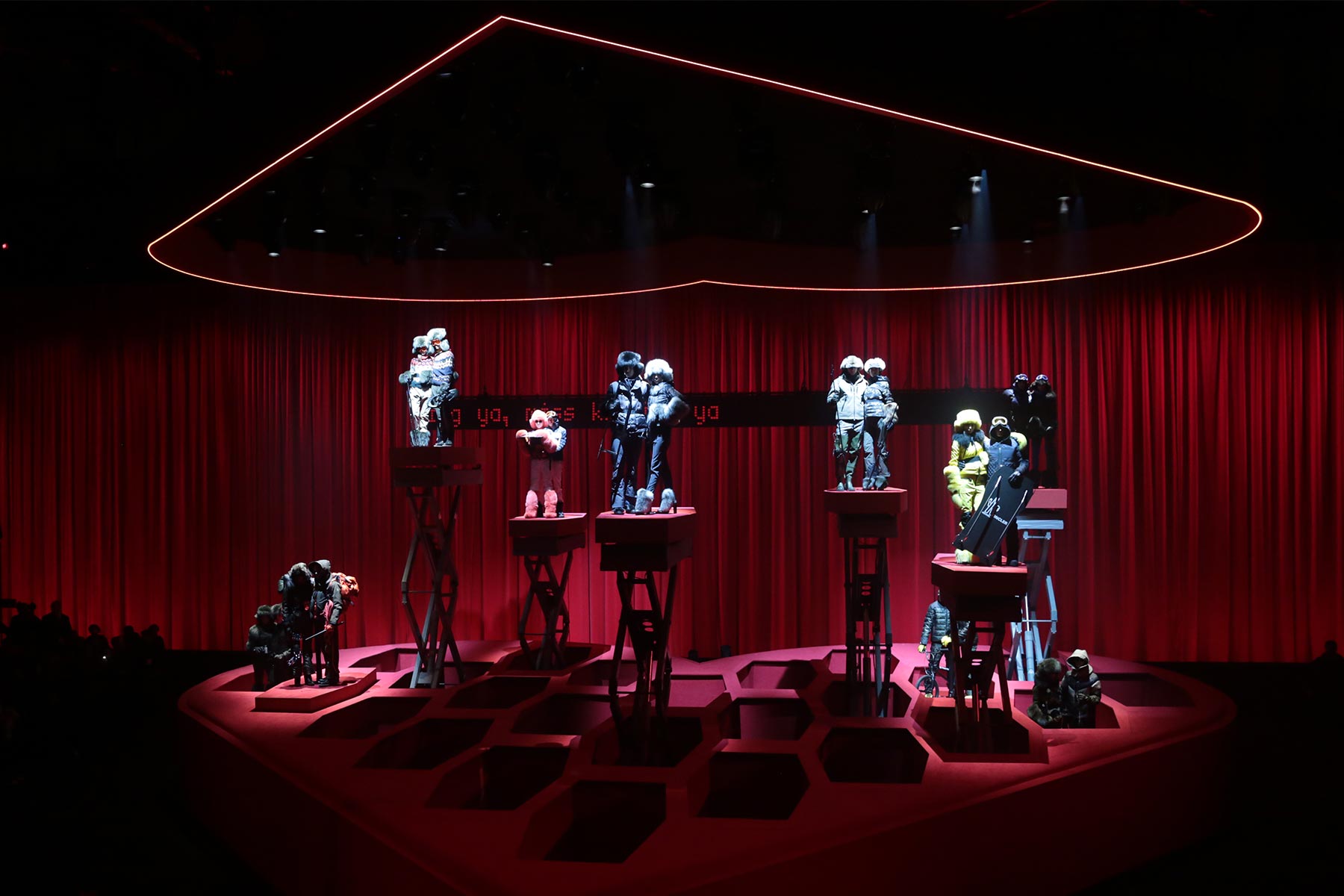 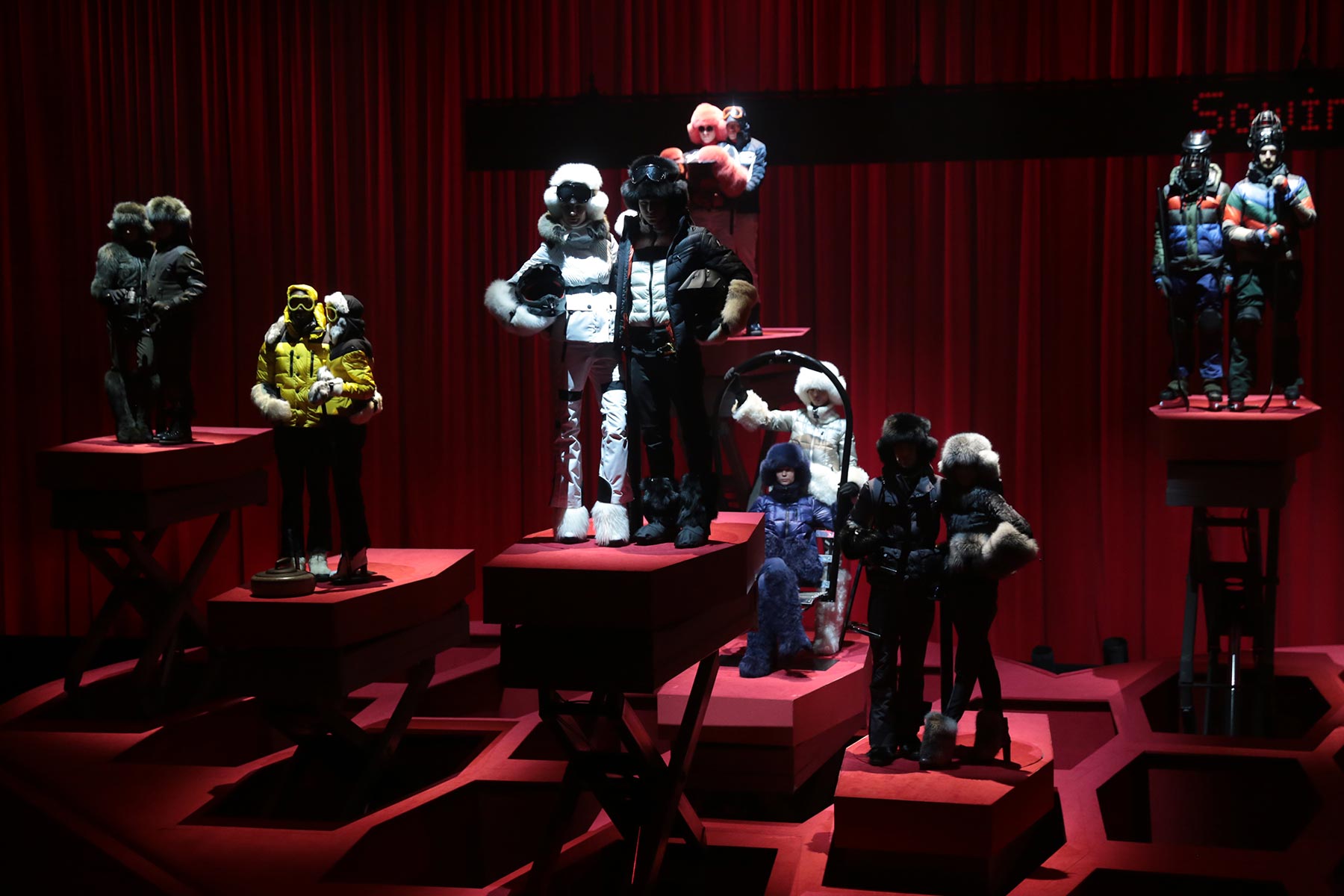 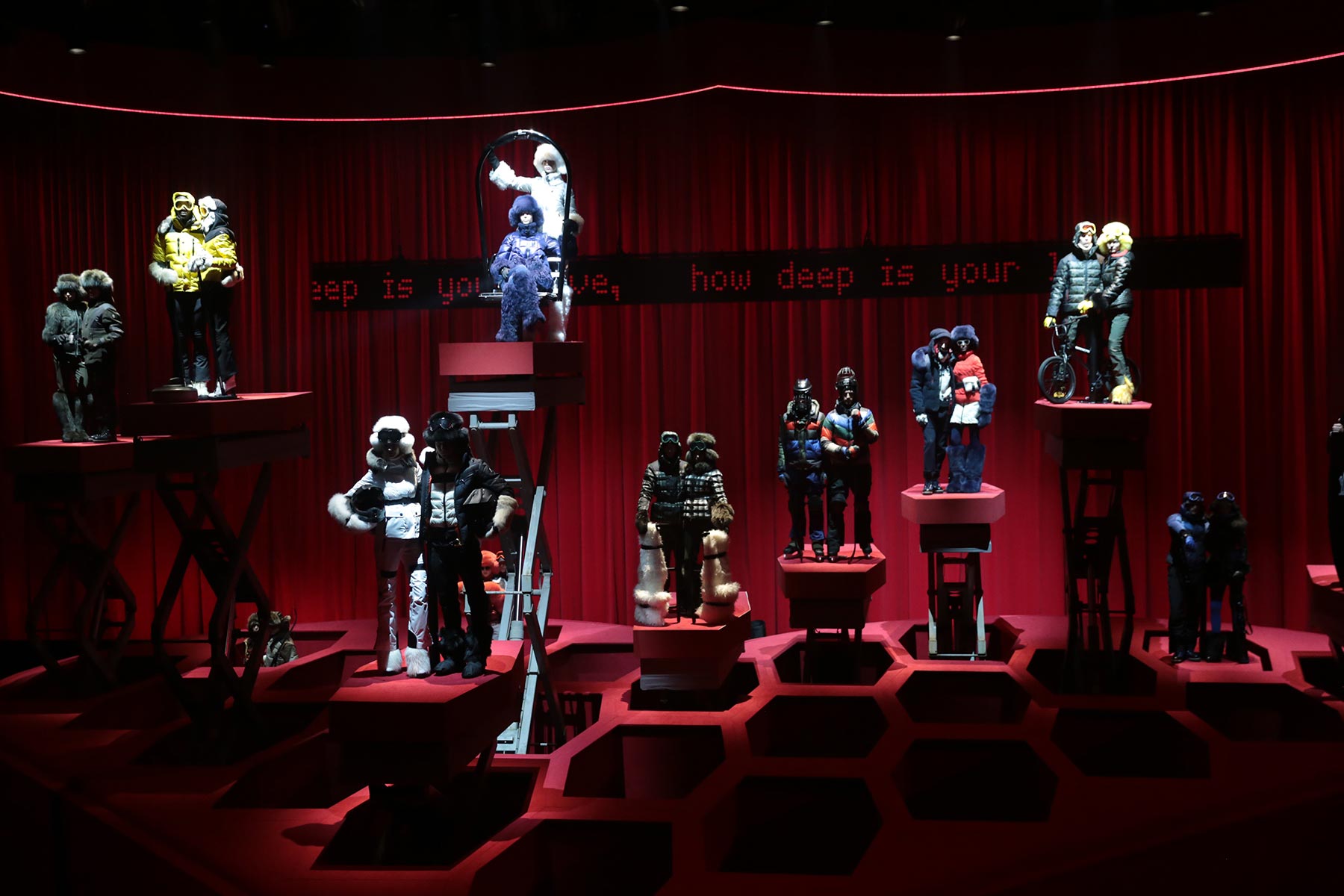 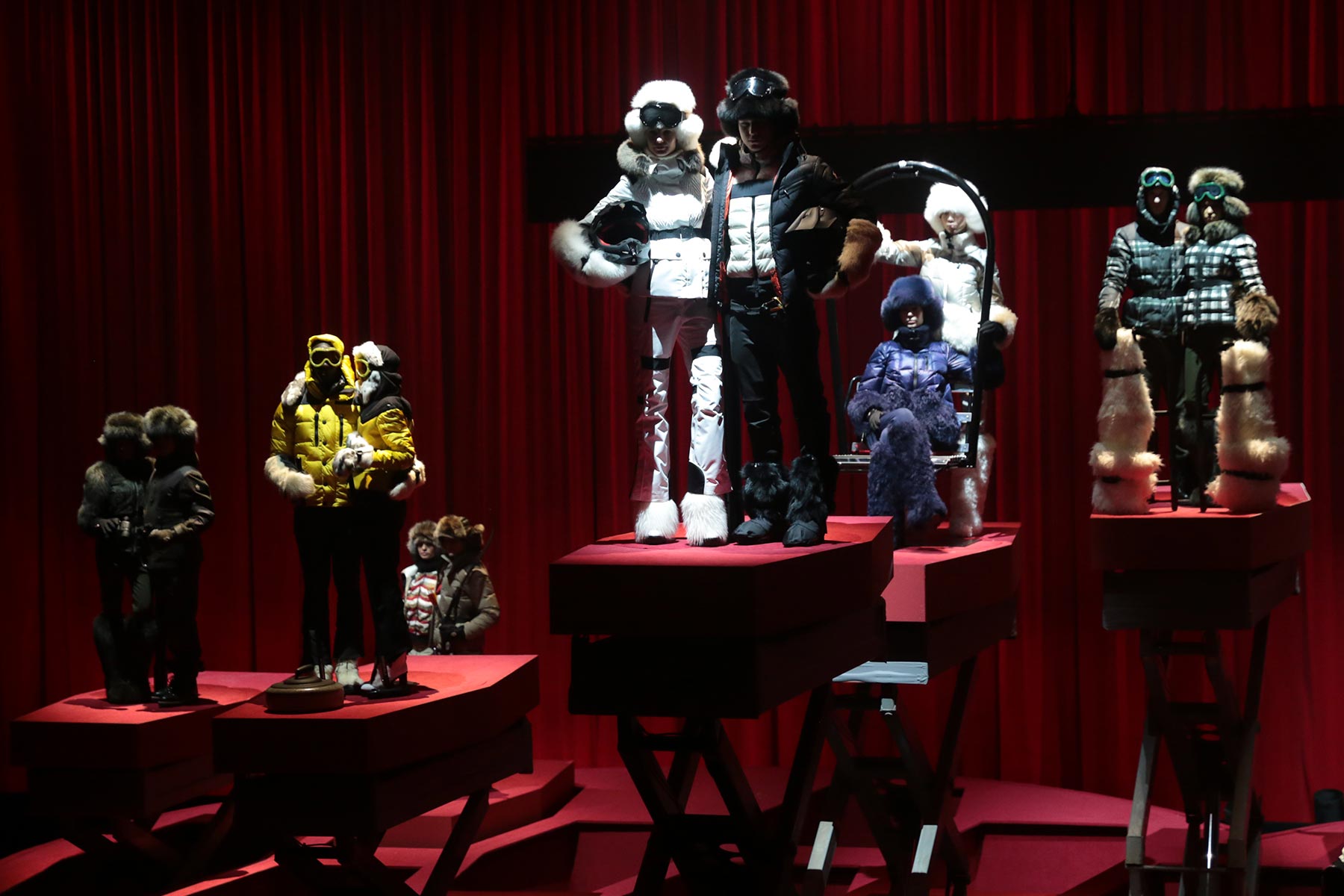 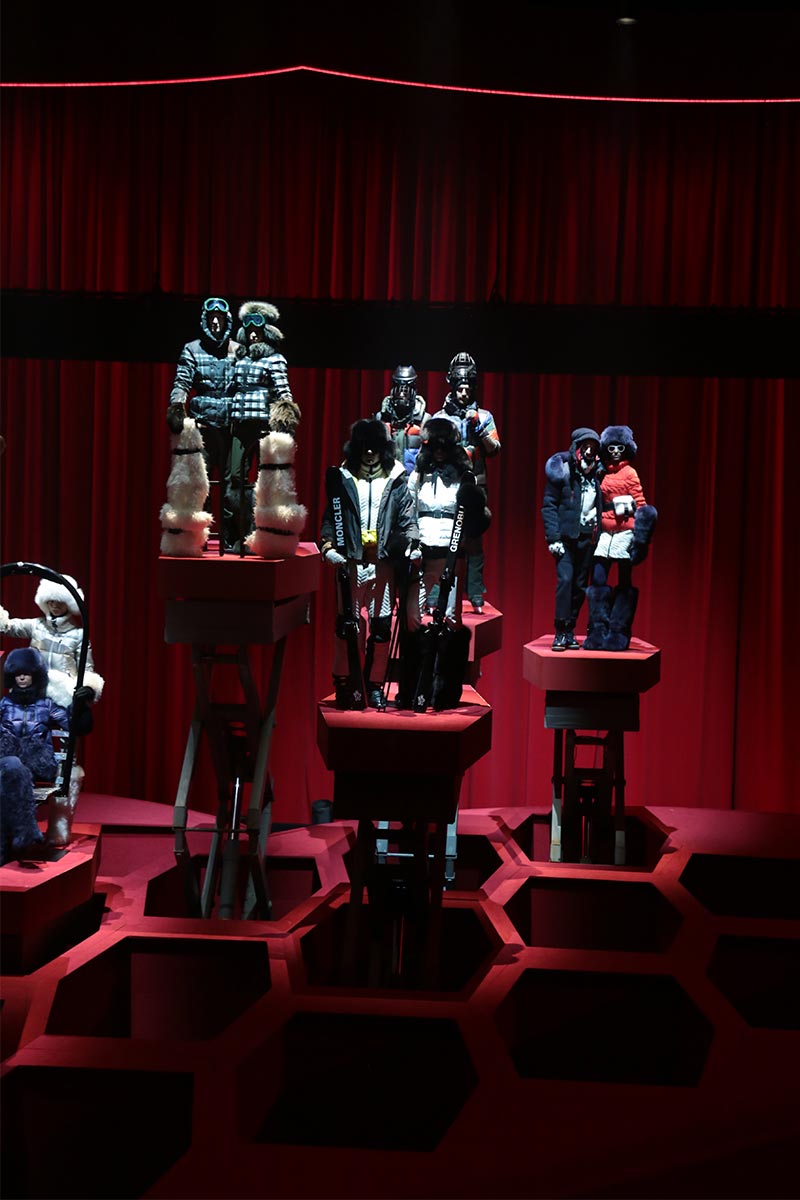 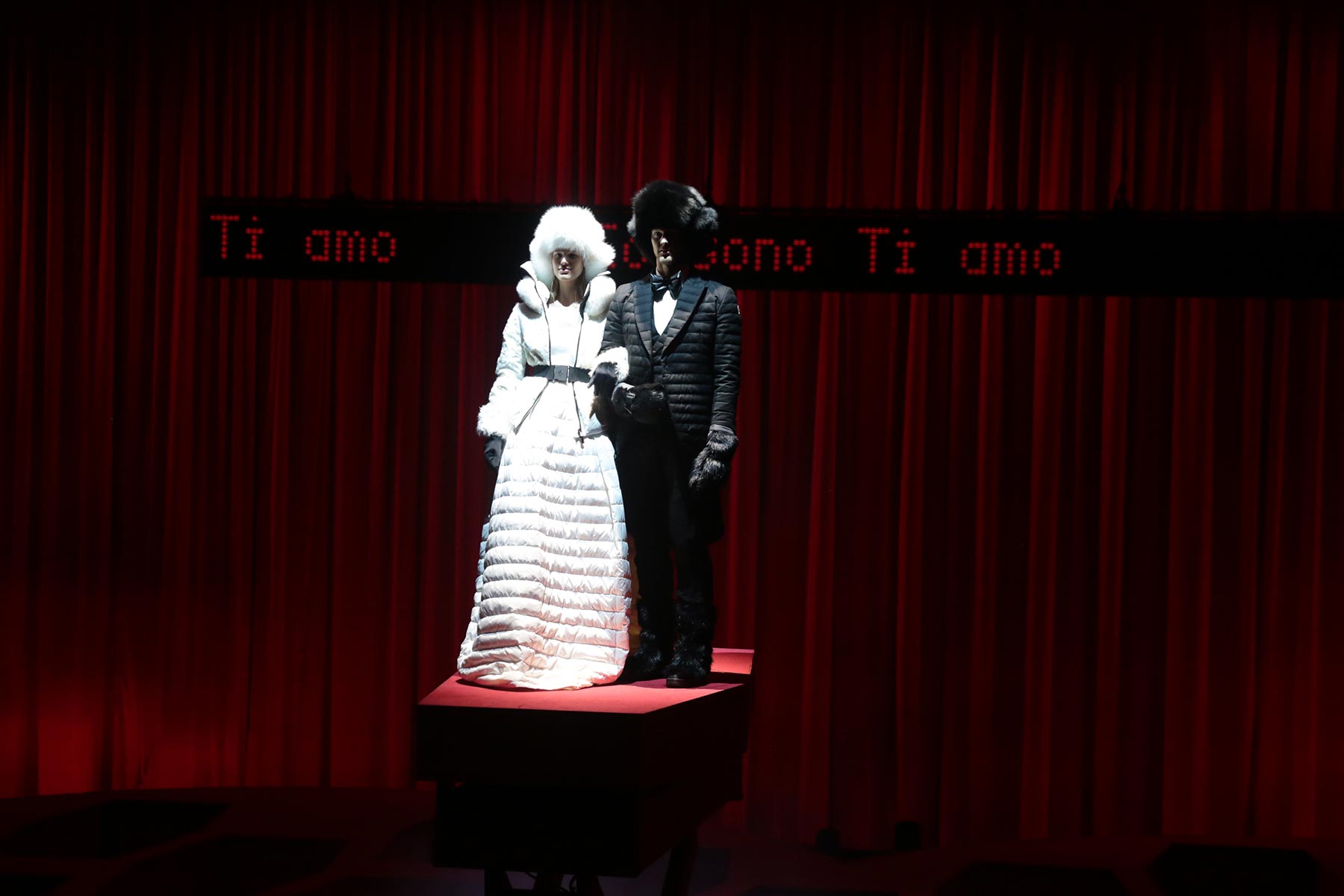 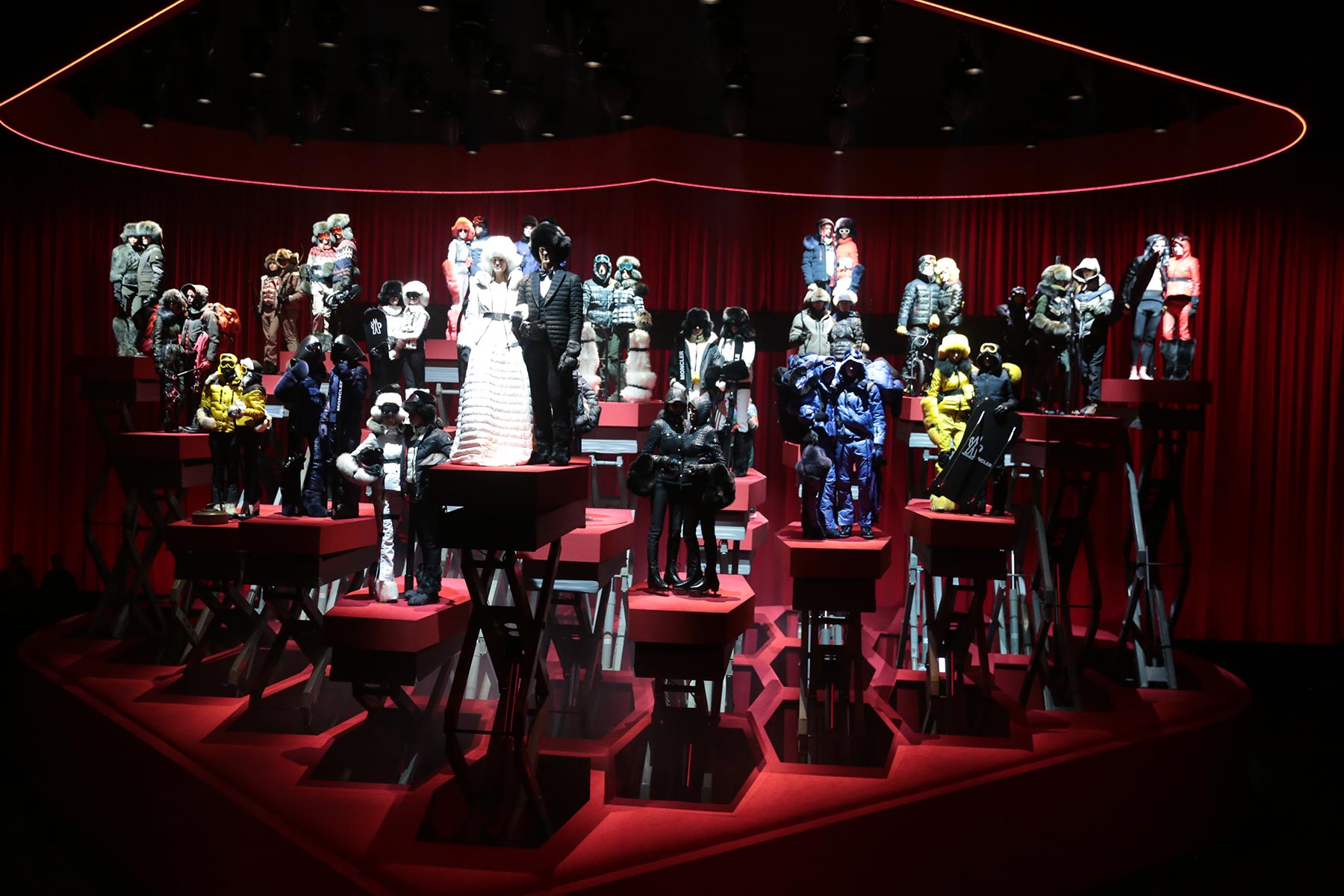